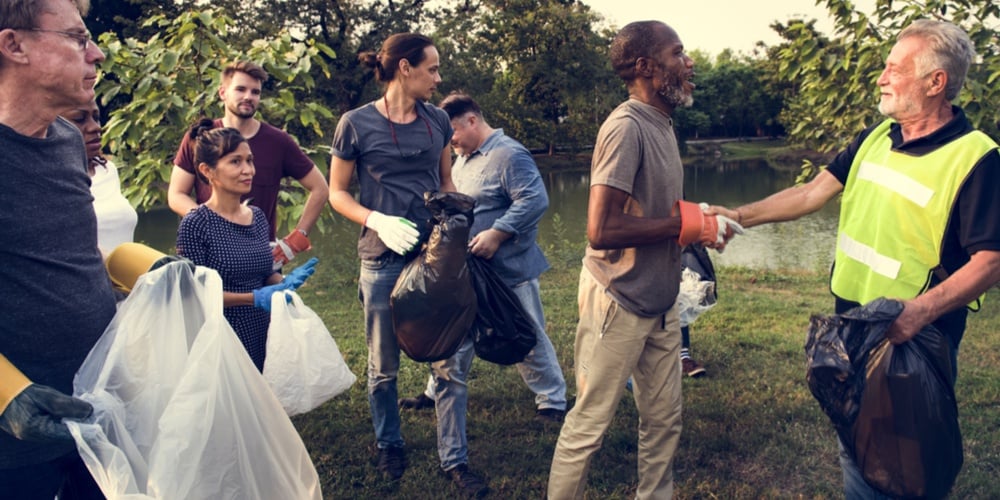 An approaching new year always inspires reflection, and 2017 was definitely one for the books. Policy changes and tragedies might have ruled the headlines, but there is a lot to be inspired by going into 2018. People have a way of coming together in the wake of adversity. This CSR and corporate philanthropy review of 2017 looks back on the efforts that surpass opinion and political stance to effect real change. Each story celebrates the work these organizations did to enact change and make a difference.

The aftermath of Hurricanes Harvey, Maria and Irma wreaked havoc for the Caribbean and nearby Florida and Texas. The entirety of Puerto Rico was (and still is) in need of supplies and assistance. In fact, most of the country was without electricity into November, affecting the amount of work even hospitals and other crucial services could offer. While the nation debated government responsivity, brands started moving. Corporations from all industries pledged funding and services to not only help the victims, but also rebuild.

We Were Vegas Strong

The Las Vegas concert tragedy is still very fresh. Many lives were lost and even more were changed tremendously. Through the sadness emerged stories of heroism, strangers helping strangers and those with the means helping those in need. Among the organizations springing to action was Lowe’s, the home and hardware giant. The HR manager of the Spring Valley Las Vegas location organized a community event to raise funds to support victims and their families. The tragedy was close to home for this store with six employees in attendance in addition to all those who had loved ones affected. The online shoe and clothing shop, Zappos matched donations of up to $1 million in addition to offering to pay funeral costs for the 58 victims. MGM Resorts International provided free rooms to the victim’s family at their nearby Bellagio hotel, coordinating travel with Southwest Airlines. Allegiant Air offered free flights to those affected, while Uber and Lyft gave free rides. The nation quickly became “Vegas Strong.”

The outdoor clothing and gear brand is known for their attention to environmental issues. CEO Yvon Chouinard, never caring to grow wealthy from his business venture, donates 1% from each sale to environmental causes, whether he turns a profit or not. The company is also known for repairing products over upselling, taking sustainability of materials above and beyond. This year, after new policy adjustments affected public lands, in their usual fashion, Patagonia did not idle.

In the wake of adversity, people come together. Check out 2017’s amazing #CSR & #philanthropy efforts:Tweet This!

While it might seem like a small thing, the organization changed the homepage of their website to turn attention to their new cause, even building a new page devoted to the issue and actions customers can take. The move brought attention to a lesser known issue that mattered to their audiences and their company, while giving visitors a look at their CSR and philanthropic accomplishments.

Chick-fil-A Opens on a Sunday

We all agree that companies should establish and follow their values and mission then uphold them through every part of business, especially CSR. Chick-fil-A broke that rule. For as long as they have been a company, the restaurant held strong to remaining closed on Sundays. It was a rule anchored in their core values, so when they opened on Sunday December 18, 2017, the country noticed.

Headquartered in Atlanta, Chick-fil-A came to the rescue of 2,000 travelers stranded in the local Hartsfield-Jackson airport. A power outage had stopped flights, leaving tens of thousands of people stuck. This isn’t the first time Chick-fil-A has broken their own rule either. The organization has opened a handful of times to help communities in times of need, most notably opening in October of 2016 to feed blood donors and volunteers helping in the aftermath of the deadly attack on Orlando’s Pulse nightclub.

We’re stepping into 2018 with passion, heart and hope. These are the stories that fuel our work and keep our heads high. And even more uplifting is knowing this list only scratches the surface of what was accomplished. Do you have an amazing CSR or philanthropic story to share? Tell us about it on or Twitter @CyberGrants. If your company has a cause but needs help organizing your efforts, check out our CSR or grants management software. We work closely with all of our clients to ensure you reach your goals and make real impact.