Getting Ready for the Big Day Tomorrow - #GivingTuesday

We process nearly one-third of all corporate giving, and as you can imagine, Giving Tuesday is an epic day for us here at CyberGrants.

“Giving Tuesday is basically our Super Bowl Sunday,” says Pete Karns, SVP Operations. “We know it’s going to be an incredible day and we’re all going to work from the wee hours of the morning until well into the night.  The crazy thing is, nobody minds because of the tremendous impact of the day!” According to Karns, email requests from donors contributing to Giving Tuesday campaigns all over the globe are 8 times the normal amount, skyrocketing from around 1,000 emails/day to over 8,000 on Giving Tuesday.  “We don’t go home until every Giving Tuesday email has been answered,” said Karns.

“I’ve participated in Giving Tuesday before, but nothing prepares you for what it’s like when you’re the  CEO of a company that eats, drinks and breathes giving!” said Mark Layden, CEO of CyberGrants. “CyberGrants provides the most efficient and secure way for companies to participate in Giving Tuesday, so we feel like we play a unique role in the impact of the Giving Tuesday movement” said Layden.

Since Giving Tuesday is always CyberGrants’ highest volume day of the year and incredibly busy, the company approaches the following Thursday with gusto. Dubbed “Pajama Thursday”, the entire office comes dressed in pajamas to celebrate the end of Giving Tuesday and to commemorate the company’s very successful annual pajama drive which provides pajamas to local charities.

“Last year, we were  thrilled to provide donations to over 15,000 non-profits on Giving Tuesday alone, a 28% increase in the number of non-profits receiving funding from us on over the previous year’s Giving Tuesday,” noted Jeff Summers, Chief Marketing Officer.

How does your company prepare for a successful Giving Tuesday? Tweet us @CyberGrants and let us know! 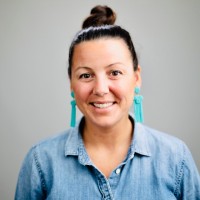