Fortune recently released its 2016 50 Most-Admired Companies and the list is impressive; including giants like Nike, General Electric and Southwest Airlines. Companies are evaluated on 9 areas that range from quality of products/services to people management practices to social responsibility. At CyberGrants, we know a key component of an effective employee engagement strategy is corporate philanthropy programs. For example, the 2015 Community Involvement study shows that 90% of companies who measure the connection between volunteer participation and employee engagement attribute a positive correlation between them. So, we dug into five companies on Fortune’s list who ranked at no. 1 in corporate social responsibility to see how they are affecting employee engagement through stellar corporate philanthropy programs!

GE, number 10 on Fortune’s list, has been matching employee gifts since the 1950’s! The GE foundation gives a one-to-one match to not only employees, but also the company’s U.S retirees. The program supports any personal charitable giving by the company’s employees and retirees.

In the 60 years since the program began, over $1 billion dollars has been donated. The icing on the cake: employees and retirees collaborate with over 600 United Way organizations through annual giving campaigns. It’s a tough act to follow, but GE is a fantastic example of a highly successful corporate philanthropy that not only impacts charities all across the globe, but gives them a stellar reputation and brand amongst their employees.

The behemoth that is Walt Disney is another shining example of successful and strategic corporate philanthropy and number five on Fortune’s list. In the past 3 years, their VoluntEARS program has resulted in over 1.7 million hours of service! Disney’s employee volunteering programs and donations provided to nonprofits all over the world have been the birth of 12.5 million actions taken by families and children in need. $315.7 million was given to nonprofits dedicated to helping families and communities in need just in 2014!

For the third consecutive year, Apple bagged the number one spot on the list. Interestingly, cofounder Steve Jobs was infamously detached from corporate philanthropy. However, Tim Cook quickly implemented the Apple Matching Gift Program after he took the role of CEO in 2011. Since then, the company has successfully donated over $78 million to charities and nonprofits around the world. Apple now has a global volunteer grant program that gives employees $25 per hour for their chosen charities and will match up to $10,000 a year in donations per employee. The company employs over 80,000 workers, making their potential investment to philanthropy enormous! We predict their corporate philanthropy strategy will continue to evolve as innovatively as the products they produce. To be continued…

Alphabet, the umbrella firm that houses Google, made it number 2 on Fortune’s list. Their corporate philanthropy strategy, unlike many companies, offers a diverse selection of community programs they donate and provide pro bono services to. From their Googlers Giving Back program to their Community Grants program, Alphabet’s corporate philanthropy is perhaps one of the most strategically sound and it works. In 2014 alone, over 6,000 employees volunteered roughly 80,000 hours!

Fortune’s 11th Most-Admired Company is American Express, but their corporate social responsibility is one of the most diverse and engaging on the list! Their list of CSR initiatives includes Disaster Relief, American Leadership Academy and Historic Preservation Initiatives.

What’s most notable, however, is their Employee-Driven Philanthropy Initiative: “Whether it is feeding the hungry, mentoring students, building homes, cleaning up the environment or making personal financial contributions, each year tens of thousands of American Express employees are inspired to serve their communities.”

In 2014, the company donated over $6.67 million in matched employee donations and awarded $323,000 to 150 nonprofits around the globe to reward the volunteer services of its employees.

American Express also has their Serve2Gether initiative which organizes pro bono services of their workers to nonprofits everywhere!

These Most-Admired Companies are some of the most revered in terms of innovation, quality and reputation. Their corporate philanthropy programs not only demonstrate their ability to make strategic decisions, even in philanthropy, but also to have leading employee engagement strategies that lead to high performing company cultures. Let’s not forget they’re doing more than paying their debt to society, they’re infusing their own culture and values with philanthropy.

No matter the size of your company, corporate philanthropy leads to a more satisfied and engaged workforce. Contact us to learn more.

7 Qualities An Outsourced Vendor Should Have 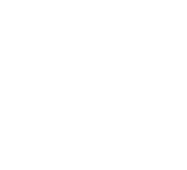