For this edition of Meet our Incredibles, we’d like to introduce Eleanor O’Neill, a front-end web developer at CyberGrants. After creating websites for companies spanning across several different industries, Eleanor realized she wanted to work for a mission-driven organization and found her way to CyberGrants. Here, she has had the opportunity to merge her passion for giving back with her expertise in web development. Eleanor has been instrumental in developing some of our most fundamental offerings and capabilities including FrontDoor and Worksheets.

We sat down with Eleanor to learn about challenges she’s had to overcome, causes she supports, and if she were famous, what it would be for. 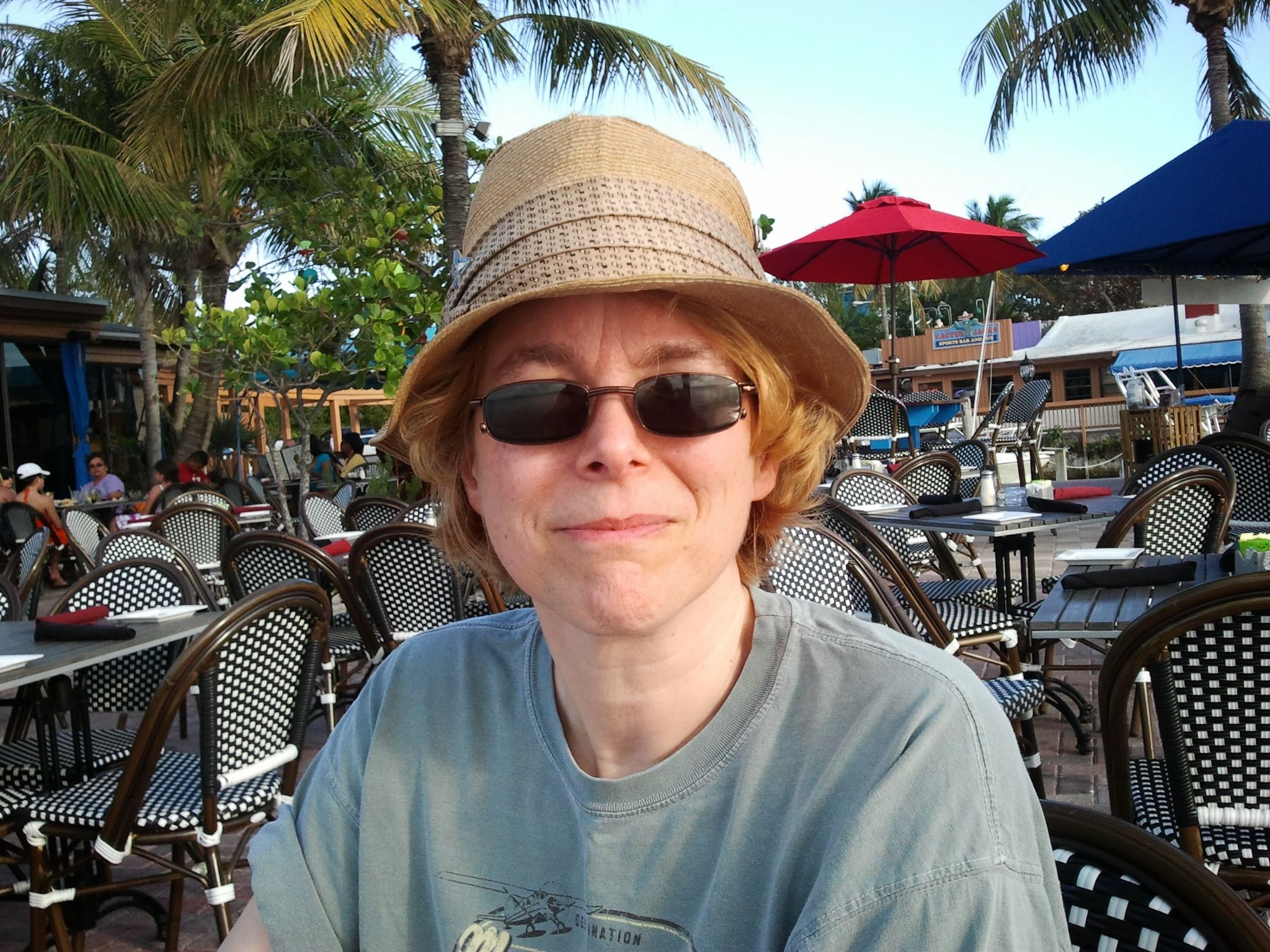 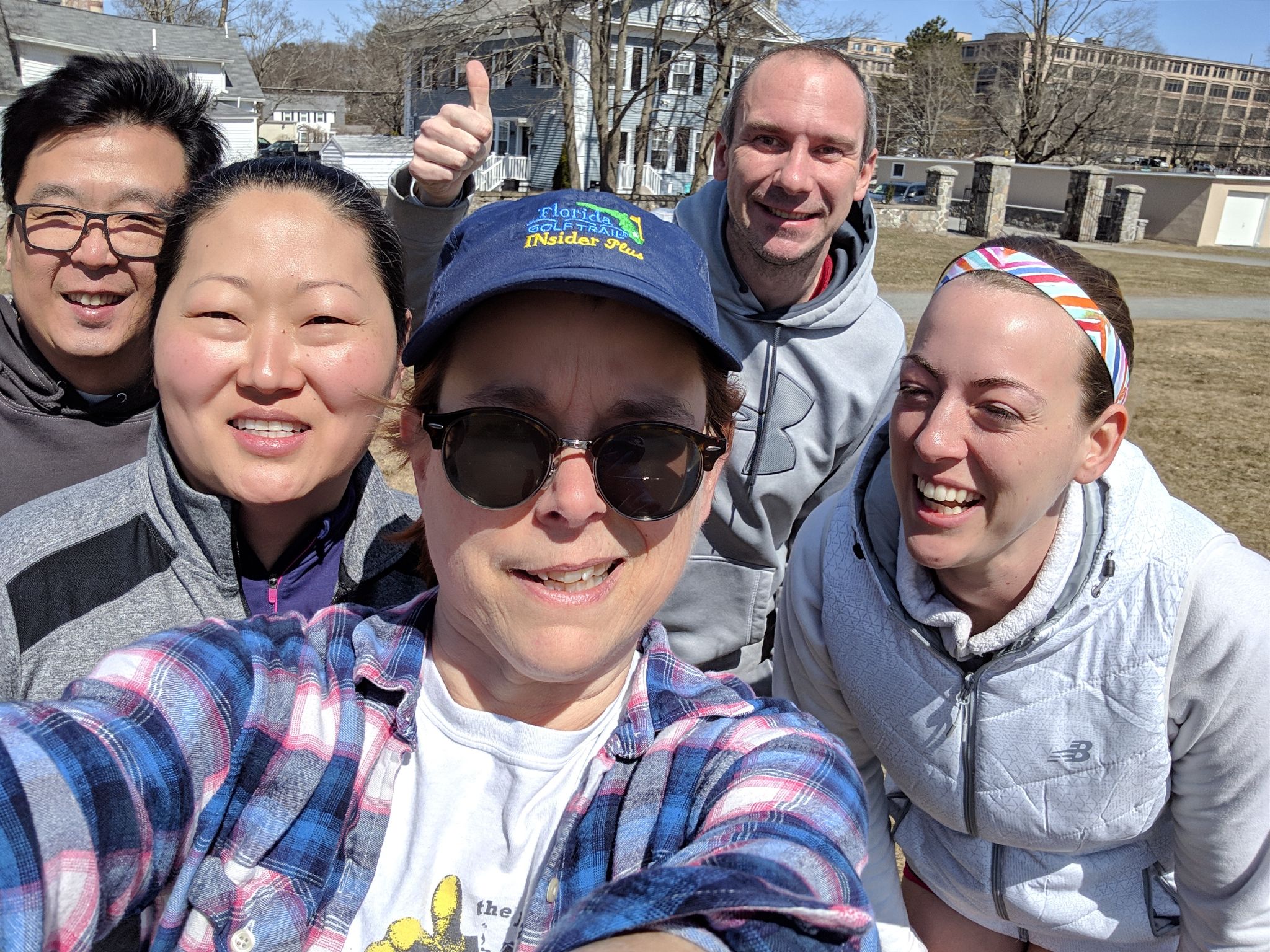 Introduce yourself! Tell us a little bit about you and your role at CyberGrants. Also, feel free to include how long you’ve been with the company and what your job entails.

My name is Eleanor O’Neill and I’m a front-end developer at CyberGrants. I have been here for about 4 years and I honestly really love this company. I think a lot of it comes down to our VP of Research and Architecture, Wei-Wei Liu, who runs an awesome product development team and has fostered such an inclusive environment. I also really just love our mission statement, “Make Incredible Happen.”

On the product team, I am working to develop new features for various components of the platform. I started by working on the internal side doing the major re-design which was in progress when I first joined CyberGrants. I have done work for the employee giving side as well as the grants management side of the platform. So I’ve really worked on tons of projects over the past several years. Lately, I’ve been working on a team primarily focused on the NPO side so I’ve been working a lot with FrontDoor; and we recently released Tagging for Requests. In a nutshell, we take a design that is given to us by the user-experience team and we code it for them. Every day is a puzzle to make something work effectively and that’s why I love front-end development—it’s always a puzzle.

How did you get into web development? 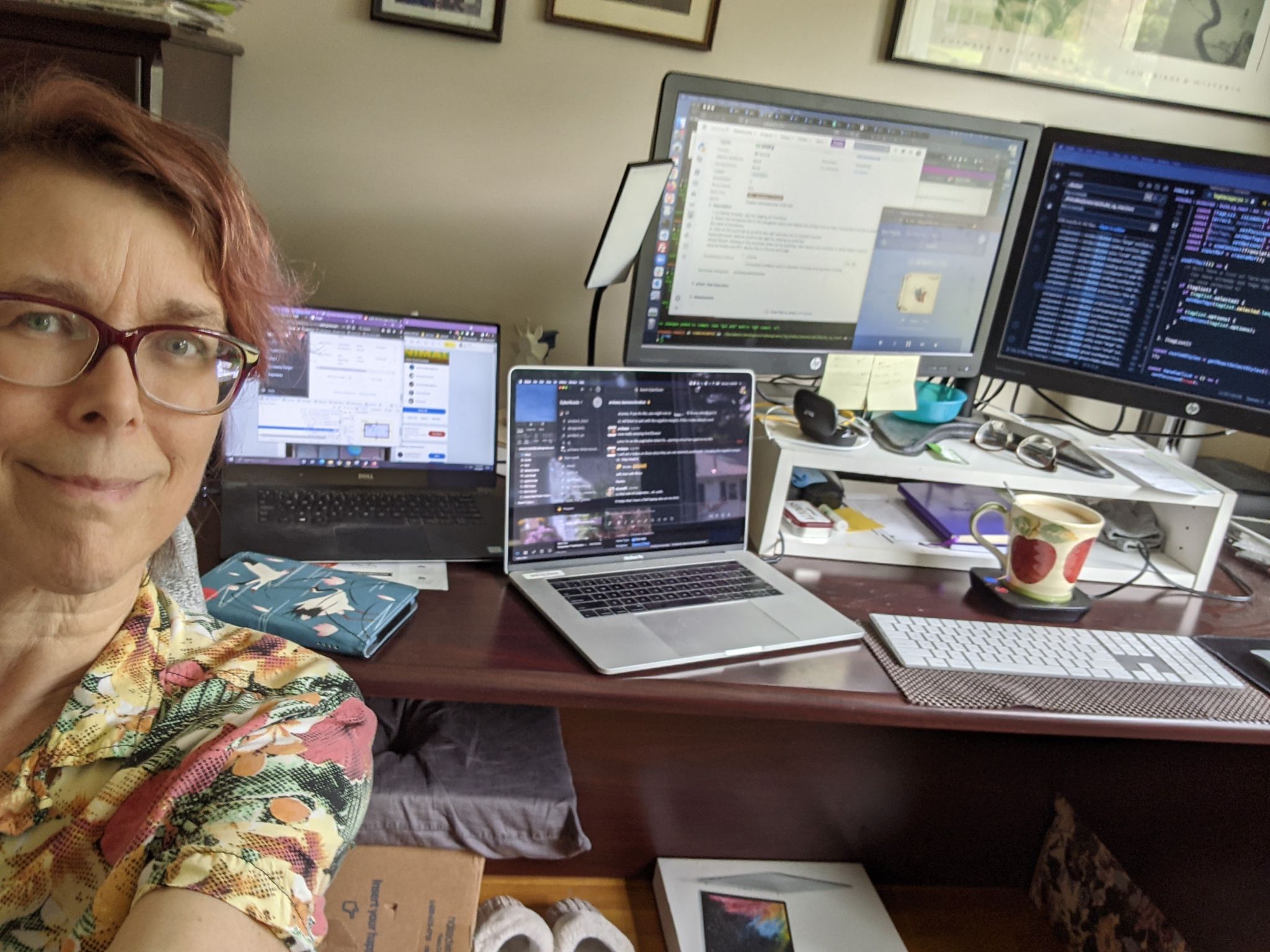 Back in the day, there was something called prepress which is a term used in the printing and publishing industries for the processes and procedures that occur between the creation of a print layout and the final printing. Prepress involved page layout, color separation, image editing, etc. My career journey began with prepress and design, but I began feeling a little under-appreciated in the job market. Luckily, I had a little bit of knowledge in BASIC programming and decided to take some courses in Visual Basic and Microcomputer Hardware to learn more. In the late ’90s, I got my first job in web development and just continued from there! I began learning HTML and CSS and then came Javascript, and then I learned various back-end skills as well, such as SQL and APIs. Each job has always brought me a new technology that I needed to learn, so moving jobs became a way to develop more skills.

What has been your favorite project at CyberGrants thus far? 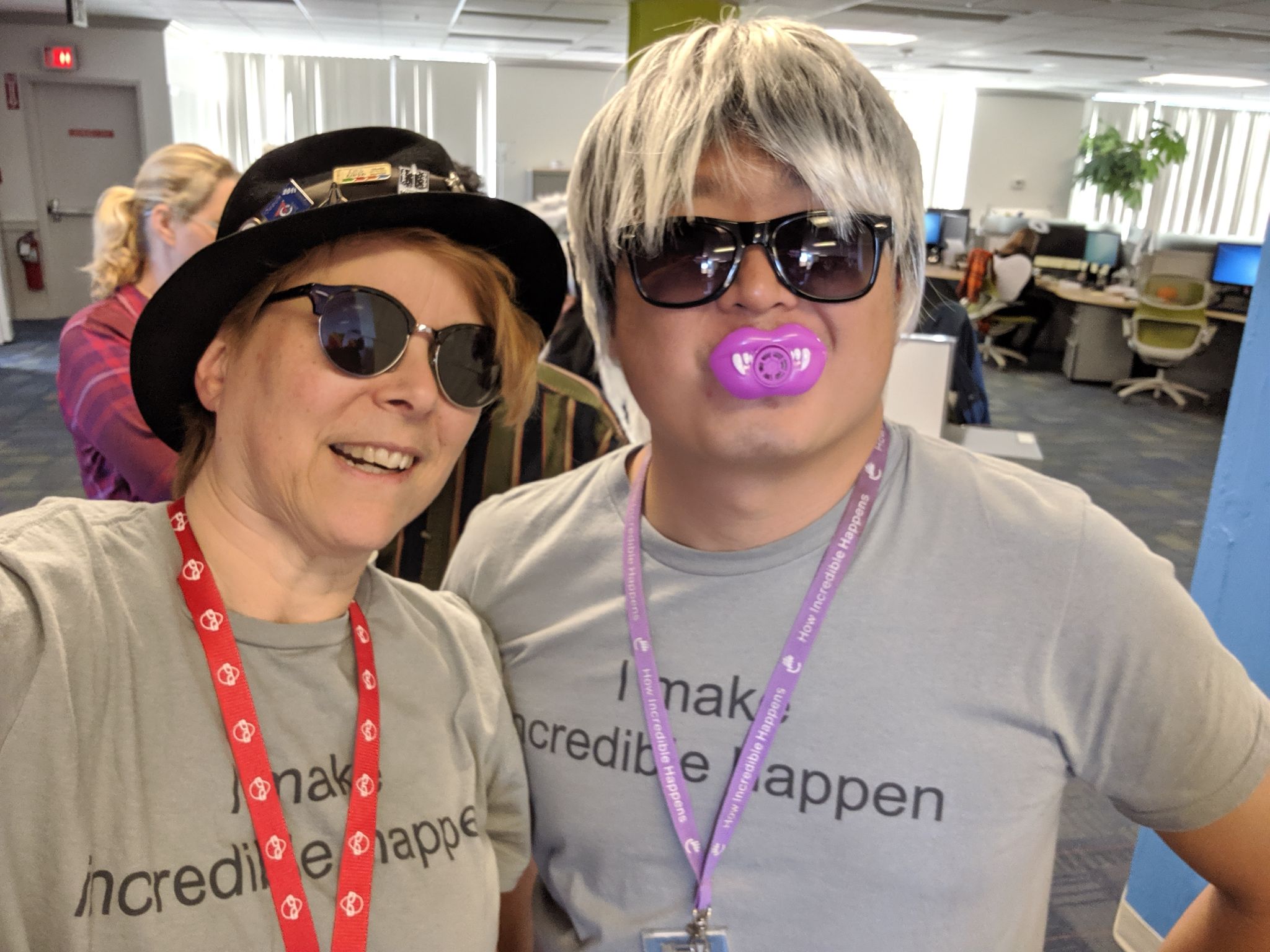 One of my favorite projects was developing Worksheets. I was the lead front-end developer for the project, which basically entailed trying to make a custom field that looks like an Excel spreadsheet and has some of the same functionality as well. For example, Worksheets can calculate row totals and column totals, and it has simple formulas similar to Excel. The process of developing Worksheets was a major effort that took maybe a year to complete, but I think a lot of clients are really happy it exists. It was written in a very different way than the majority of our other offerings, which was a major challenge. Each time your cursor leaves one cell and moves to another, it saves that previous cell, which is a very different kind of field handling than we’re used to.
I started on the project when Wei-Wei asked me to prototype it. So I first looked for third-party Javascript libraries that might be able to accomplish the functionality we wanted. Unfortunately, we weren’t happy with any of those. So we began to figure out how we might do it in React and eventually we went from there. On the back-end, they had to do a huge amount of work because it was a very different handling for them as well. But front-end-wise, 3 or 4 of us ended up collaborating to execute Worksheets—it was just a huge puzzle!

What drew you to CyberGrants?

I was interested in CyberGrants primarily because of its mission and being within the social impact space because the entire goal is to help other people. In the past, I’d worked for financial companies and others which led me to realize I didn’t want to be coding websites for arbitrary applications like selling shoes, for example. That may be a fit for some, but it’s not really mission-driven. The thing that really drew me to CyberGrants was the ability to work for a company that was fighting for a greater cause. Also, the team itself is amazing, especially in regard to their representation of women in tech— CyberGrants is better than any company I’ve ever worked for. I’ve usually been the only woman on the team or maybe one of two women on a team, and I'm quite comfortable with that. But at CyberGrants, my team is almost entirely women which makes for a really supportive work environment.

Learning something new is always a challenge, but that’s a good thing! Switching teams is challenging as well so when I moved from working on the grants side of the platform to working on the NPO side, I definitely felt a bit challenged. It was also a major challenge to write FrontDoor and Worksheets as those were huge, long-term projects. They’re also non-typical behaviors for our software and basically how web pages work in general. While those were both huge challenges, they’re intellectual challenges that I thrive off of—they’re what I want! A challenge is something you have to overcome, not something that is holding you back. 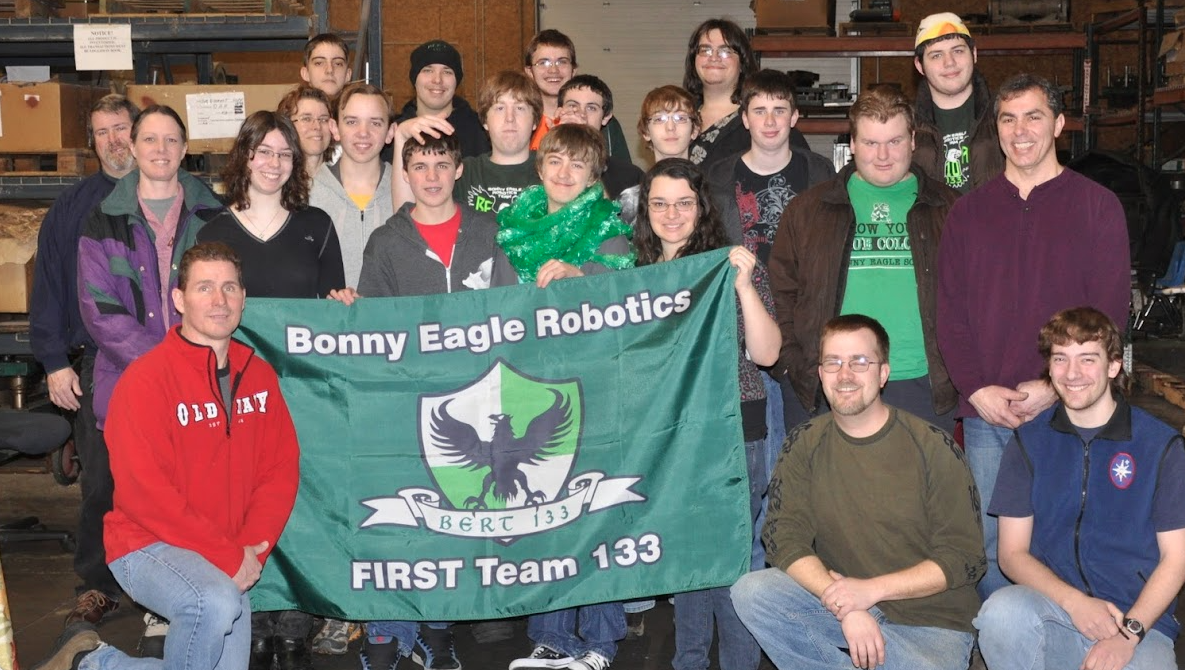 Before the pandemic, I was very involved in the high school FIRST robotics team as a mentor. It began when my oldest son became a member when he was in high school and then my younger son joined as well. It was really such a great experience to mentor the students, so I gave back to the robotics club with my time. I also worked with them to find grants for the team and ways to apply online. I got some great insight on how to go about that process when I began working on FrontDoor, so that was quite an interesting synergy.

I also give back to the Juvenile Diabetes Foundation, which is a cause I care a lot about because my older son was diagnosed with Type I Juvenile Diabetes at an early age. Some other causes that I support very strongly are Planned Parenthood, The Nature Conservancy, and Doctors without Borders. My husband and I also give back to local food shelters like Rosie’s Place and The Greater Boston Food Bank.

If I were famous, it would be for writing a novel or a memoir about my upbringing because it was very non-traditional in many ways. I sometimes consider actually writing it and there’s definitely a good chance I’ll really do it. Both of my parents were college professors and my father, in particular, was a very famous physics professor at Princeton University who popularized the idea of space colonization. When I was growing up, I went on lecture tours and talk shows with him. I remember one time we went to MIT and there were all these fanboys who came up to us and wanted to speak with him after the lecture. Meanwhile, I was just standing there watching from the sidelines and it was such an odd experience. There was actually a documentary that was just made about him. I think just telling the stories of my life and my upbringing would make for such a unique and interesting book. 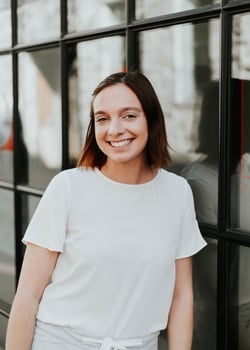